The Roman Empire: 3 Lessons Bloggers Should Learn About Traffic Growth

You are here:
Blog GrowthBlogging 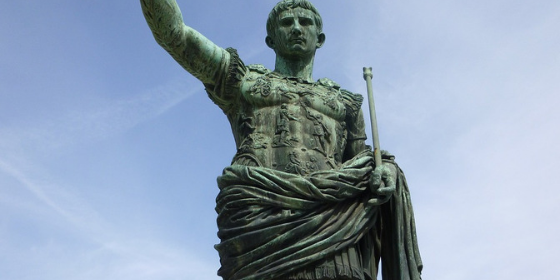 The scale of the Roman Empire is hard to understand. At its peak, the Roman Empire stretched from the north of England to the south of Syria and contained almost one-quarter of the world’s population.

It’s safe to say the Romans knew a little about growing effectively.

The rapid growth of the Roman Empire would not have been possible if not by great prowess of its military and the legendary war generals that led them into battle.

You might be wondering what any of this has to do with blogging, but there are key lessons that we can learn from the Roman Empire.

Below are three of them:

Once recruited, each soldier of the Roman army had to take an oath. This was known as “sacramentum militare.”

By taking the oath, each recruit swore to follow all orders given by their general, including that:

Once soldiers took their oath, they moved on to a rigorous training program that would get them ready for battle.

Prior to learning how to start a blog, you must look deep within yourself and decide if becoming a full-time blogger is truly what you want to do.

If so, you need to start preparing for battle.

Becoming a successful blogger isn’t easy, but with proper guidance and training, you can do it.

This doesn’t mean you have to go out there an buy a bunch of courses on learning how to become a blogger, but you do need to learn how to properly run a blog from others that are already doing it.

Much of that information is out there for free.

Take the oath — become a full-time blogger, learn from others how to properly run your blog.

Getting the proper training on how to run your blog properly will grow your blog’s traffic beyond your wildest dreams.

Depending on who you listen to, the Roman army was the largest fighting force in the ancient world.

No one truly knows how many Roman soldiers existed, but what everybody agrees on is that the Roman army grew exponentially over time. 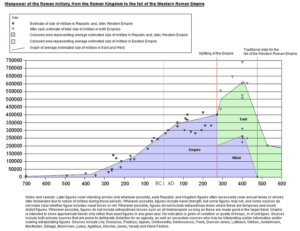 Some estimates have the size of the Roman army being below 50 thousand soldiers and growing to over 500 thousand individuals during its peak.

You know why the Roman Empire placed so much emphasis on growing its military?

Because they knew that there is strength in numbers.

Sure you can have better equipment than your rivals and be better trained, but there’s nothing like being the largest.

Having the largest military during that time instilled fear in their opponents even before going into battle.

Can you imagine the fear of looking at a never-ending line of marching men headed your way when you can see all your men from one spot?

That has to be nerve-wracking no matter how valiant you are.

And remember, back in those days wars were fought on foot and on the backs of horses so there were no drones around to do the dirty work for you.

Therefore, the more foot soldiers you brought to battle, the more fear you could instill in your opponents before the first blow was even taken.

You must build up the size of your army.

This means making friends with well-connected influencers in your niche in order to help expedite the traffic growth of your blog.

Influencers are like generals… they lead an army of soldiers who are ready to move on their word.

Making friends with them can put you on the inside track to having access to some of their soldiers. Therefore, the more influencers in your army, the more foot soldiers you’ll have access to when you are ready for battle.

Aside from using influencers to help grow your blog’s traffic, you must figure out other ways to build your following.

The larger your following, the greater potential you have of succeeding as a full-time blogger.

Each of your followers (soldiers), is a potential customer… so obviously the more followers you have, the more earning potential you will have.

Other ways of growing your following include building your backlink profile, writing useful content, building a social media presence, commenting on other blogs,  interacting with others, and so on.

Remember, there is strength in numbers, so build your following and never stop growing your blog’s traffic.

The Roman military was well-known for spying on their enemies.

They sent out soldiers called, speculatores, to keep watch on enemy movements in the field.

Knowing their enemies location gave them an upper hand while preparing for battle.

Imagine how much easier it would be to beat our enemies if you knew their movements… now that goes both ways, but he who does it better will always have the upper hand.

They didn’t stop there though, speculatores would also provide information on food routes and anything the Roman military could use against its opponents.

Think that could be useful when preparing for battle and perhaps weakening your enemy before the first strike is even thrown?

Think of how much easier it would be for you to succeed as a blogger if you knew exactly what your top ranking competitors were doing.

I just wrote a blog post on how to spy on your competitors and beat them at their own game.

I’d suggest you devour that information and go a step further by finding even more ways to spy on your competitors so that you can better prepare yourself to win the traffic battle.

Become agent 007 and learn everything you can about your competitors. Then come up with a plan to do everything they do better.

The key here is not to “kill” your opponents, but to be better than them in every aspect. That’s the surest way to guaranteeing your success as a blogger.

Spying on your competitors will provide you with a blueprint for how to go above and beyond their income levels. And even if you don’t want to make an exorbitant amount of money, knowing what works for them, will put you on the right path to success.

One of my favorite quotes goes something like this:

“Life can only be understood backwards; but it must be lived forwards.”
― Søren Kierkegaard

I have discussed this quote with many people and it has a different meaning for most. For me, it’s that we must learn from the past in order to be our best selves in the present and be able to build a better future.

However, the future never arrives and the past cannot be lived twice. Therefore, you must learn for the successes of others in order to succeed.

As a blogger, this means learning for fellow bloggers the things that worked for them and finding ways to improve upon them so that you can reach even higher.

The great Roman Empire teaches us that in order to grow our blog’s traffic we must first take an oath to give our all into becoming a full-time blogger. Next, that we must grow our army of foot soldiers, and lastly that we must spy on our competitors to get an upper hand in battle.

What tactics are you using to grow your blog’s traffic?

Miguel is the brains behind BloggingPlas.com. When he’s not creating or editing content for the blog, he's probably dreaming of places he wants to visit. Check out his must read post for first time bloggers.

Think Outside The Box: Grow Your Blog’s Traffic By Helping Others
May 20, 2019